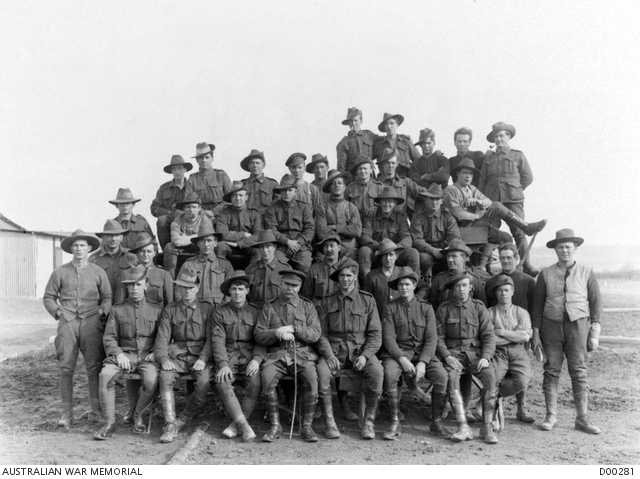 Farmer off to war

Arroll Smith was a farmer from Serpentine, Victoria. He was born to Rachel Murray Wylie and Henry Smith and was the youngest of 5 siblings. He enlisted in Melbourne on the 30th of May, 1916 at the age of 27.

His service records note that he had a dark complexion with grey eyes and black hair. He was single and had no previous military experience: he was just a farmer looking to serve his country.

After training at Broadmeadows, he embarked for England on the HMAT Borda on the 14th of January, 1917.

He was a driver during the war which meant he drove the teams of horses that pulled the guns. He was part of the Directing Staff Training Department at Parkhouse, Perham Downs and Warminster, Wiltshire (England) and may not have seen fighting on the front lines. He was also remarkably fortunate to have not suffered any illnesses while on active duty.

He married Margaret Jane Harris Inglis in Restabig, Scotland on the 16th of November 1918. The following year, on the 13th of March he was appointed to the rank of Acting Corporal.

Arroll returned to Australia aboard the Themistocles on the 22nd of December 1919. He was then officially discharged on the 21st of March, 1920. Granted a soldier settlement property at Janiember East in April 1920, Arroll soon moved on to find other work as a health inspector. The 1925 electoral roll shows Arroll and his wife living in Daylesford with him working as a health inspector. In 1942, he was living in Dandenong road in Armadale, Melbourne and in 1954 he was living in Fairfield, Alphington, still working as an inspector. He died on the 9th of August 1981 at Riddells Creek, Victoria. He had outlived his wife, Margaret who passed away in 1963.