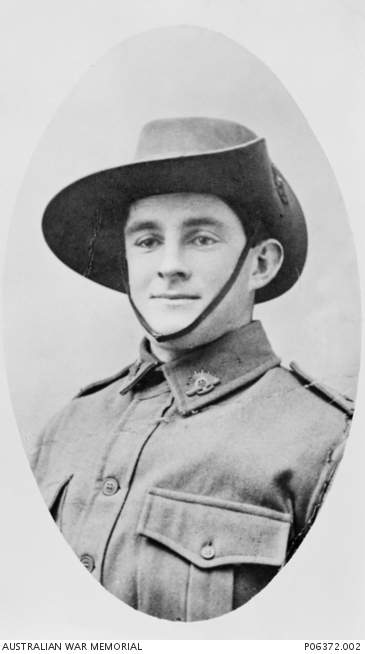 A daring pioneer in ‘wretched conditions’

David Mullen was 20 years young when he embarked for war. Just 18 short months later this youthful man was tragically killed.

Dave, a Mitiamo resident, embarked for war in Melbourne on the 18th of September 1916. On the 4th of December 1916 David was admitted into the Tidworth hospital with dangerous and severe pneumonia. It wasn’t until the 4th of January 1917 that he was in recovery from this illness.

Dave was part of the 5th reinforcements of the 2nd Pioneer Battalion. His squadron was located at the front of the battle area. Their role was to prepare the area and create defensive positions, barbed wire perimeters and dugouts. They often did the work of engineers as well.

This was the kind of work Dave was completing each day when he was stationed at Ypres, Belgium in 1917. It was here during the Battle of Passchendaele (otherwise known as Third Ypres) that he was killed in action on the 15th of October, 1917 at Zonnebeke. The conditions during the winter were awful. It was wet and freezing cold. Men were often up to their knees in the mud and slush. Many ended up with frostbite. 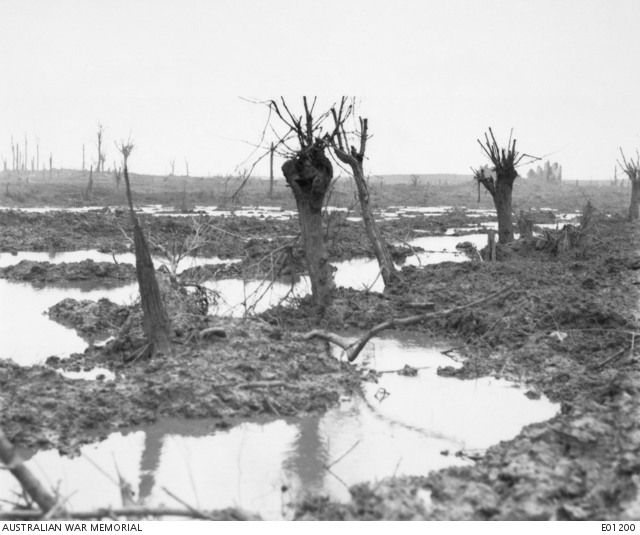 View of the swamps at Zonnebeke on the 12th of October 1917. David would die here three days later. Photo from Australian War Memorial. 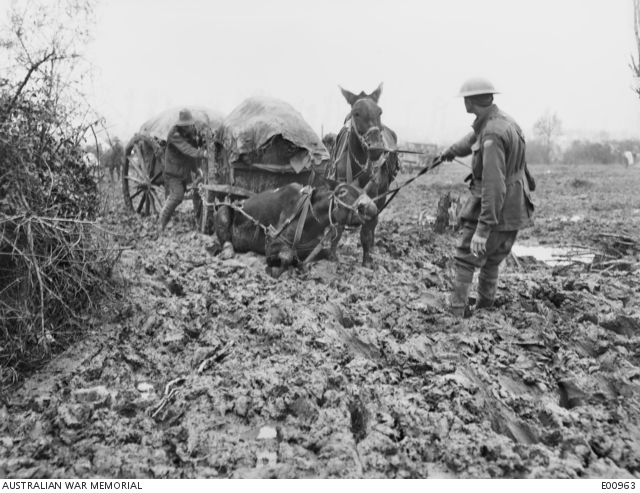 The conditions at Passchendaele on the 19th of October 1917. Photo from Australian War Memorial.

Back home in Australia, the local community mourned David’s loss. His parents had already lost another son, Hugh, in 1915. His other brother, Harold, would later enlist in 1918 only to be discharged before participating in active service.

David’s body was moved from its original resting place and moved to Aeroplane Cemetery (Belgium).