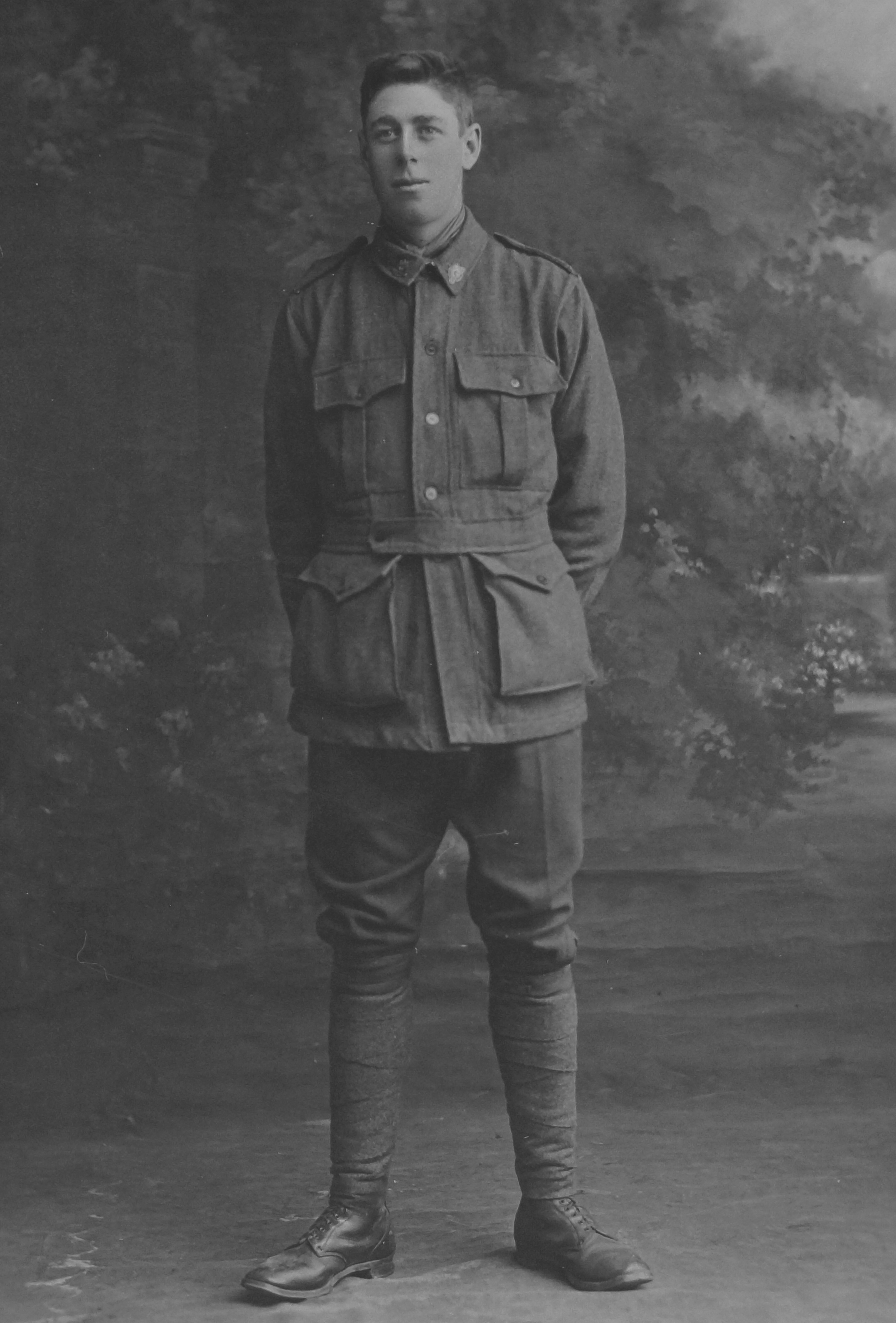 Always a smile, even in ice, mud and slush.

After enlisting and being discharged as medically unfit early in the war, George Mossop re-enlisted with his mates. This time he was successful. He trained in England before he was sent to the front line in France. He wrote home whilst camped near Stonehenge:

There is some beautiful scenery in old England,  but still Sunny Australia will do for me.

George died on the 13th of January, 1917. He had only just re-joined his unit after suffering from the mumps. According to a letter sent to his parents from Captain J. A. Ackroyd, he was on sentry duty when the Germans began shelling their company. Ackroyd wrote:

A minenerfer shell landed quite close to his post, throwing him a considerable distance into another larger shell hole, and killing him.
His mates miss him greatly, as he was one of the cheeriest souls we had. Even when up to his knees in mud and slush, with ice thick upon the surrounding water for 10 or 12 hours, he could still raise a smile and a cheery word – one of the best.

George was buried at the Cite Bonjean Cemetery in Nord, France. His gravestone says “A devoted son & brother. Upright, loving & brave Mizpah”. Mizpah is a Hebrew word that has come to signify an emotional bond between two people.