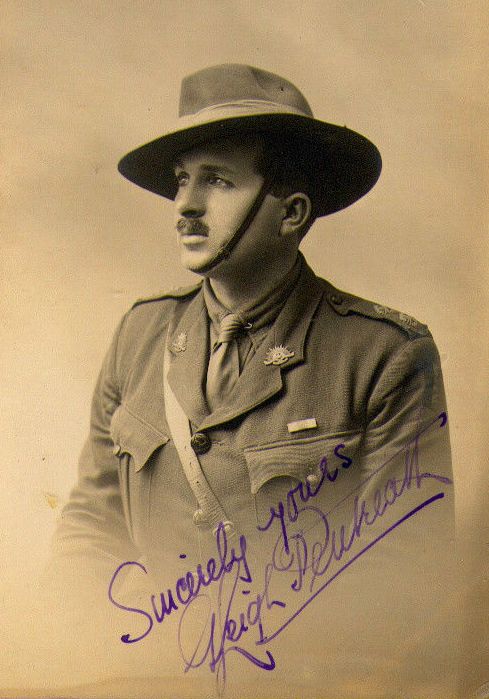 The war front became an unlikely home for men from a variety of occupations, even teachers.

When war broke out, 23-year-old George Leigh Pentreath (known as Leigh) was married and living in Malvern. He was born in Hayanmi near Mitiamo. Leigh worked as a state school teacher and had some experience with senior cadets before he enlisted.

After enlisting in July 1916, Leigh embarked to the war front on the HMAT Nestor. It was not long before he proved himself a brave and capable young soldier. For his ‘courage and devotion to duty’ at Polygon Wood on the 28th of September 1917, Leigh was awarded the Military Cross. The announcement of his award in the Commonwealth Gazette stated:

‘For conspicuous gallantry and devotion to duty. He organized a party and attacked a strong point which was giving trouble, capturing it and taking 100 prisoners. During the work of consolidation he moved about the line encouraging all ranks by his cheerfulness and contempt of danger.’

In early September the following year, Leigh received a gunshot wound to the right leg and shoulder. He was invalided to England until Armistice Day when the war drew to a close.

Leigh returned to Australia aboard the Somali in 1919.