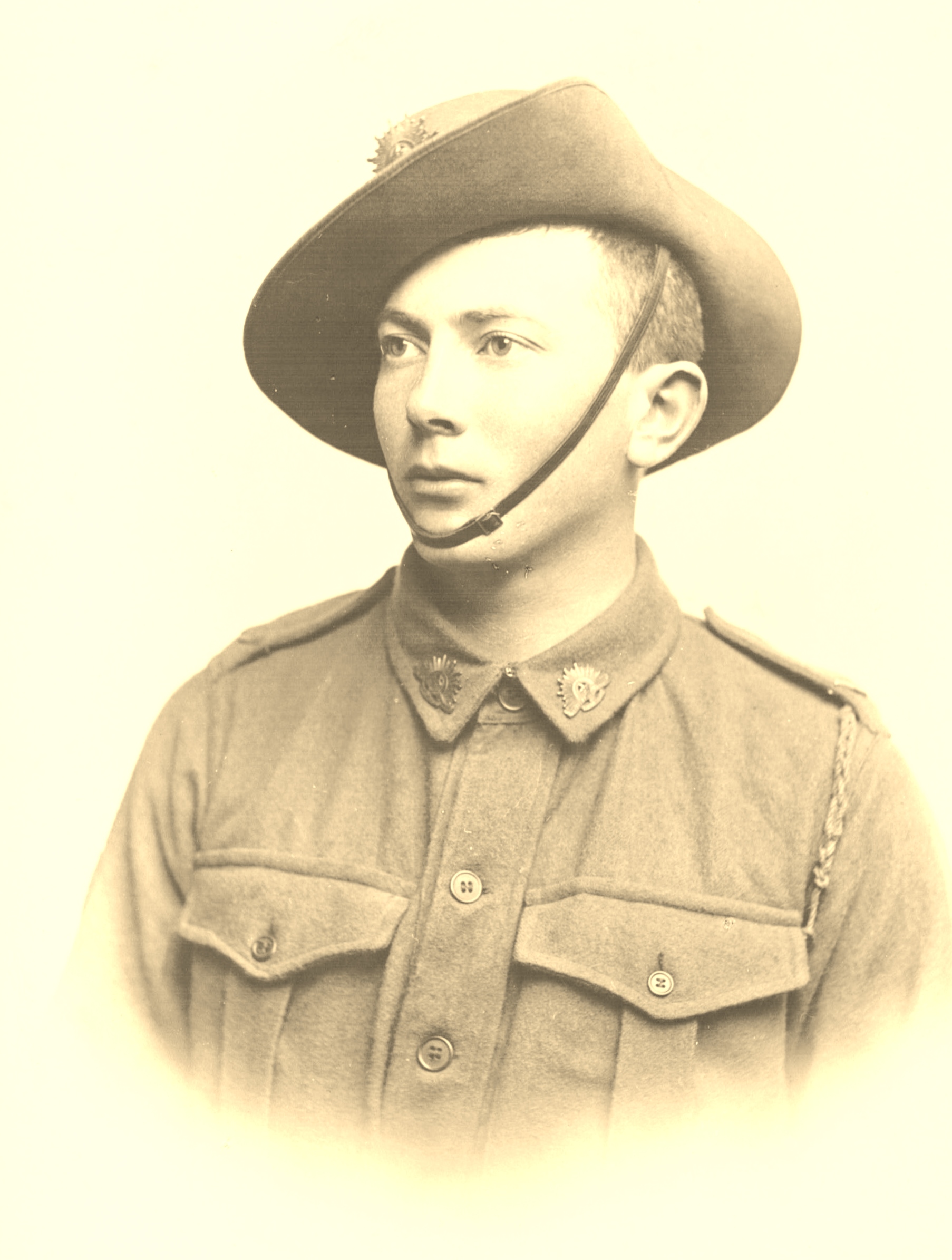 Every day, every step was a constant reminder of the atrocity.

Along with all returned servicemen the scars of war were not always physically obvious. Eddie was reminded of his sacrifice every time he took a single step during the next fifty years of his life. Every day, in order to go out and face the nation he protected, he battled with this contraption. We can only begin to imagine what went through his mind each day. A remarkable donation from the Bears Lagoon community of £100 towards an ‘artificial leg’ enabled Eddie to walk again. This is one of many prosthetic legs crafted for Eddie during his lifetime.

Edward Kerr was born on the 1st of October, 1896 in Bears Lagoon to parents John and Maria. He lived at Janiember East, Victoria at the time of enlistment. He was also part of the Church of England. Edward weighed 59.69 kg and was 165 cm tall. His enlistment record states he had brown eyes and hair with a fair complexion. Eddie’s service number was 109 and his next of kin was his father John Kerr.

Edward, also known as Eddie or ‘Spud’, enlisted in the war at the age of 21 in Melbourne, Australia on the 1st of March 1916. He left Australia on the 20th of June 1916 on the HMAT A54 Runic. Edward was in the 38th Battalion (machine gun section). 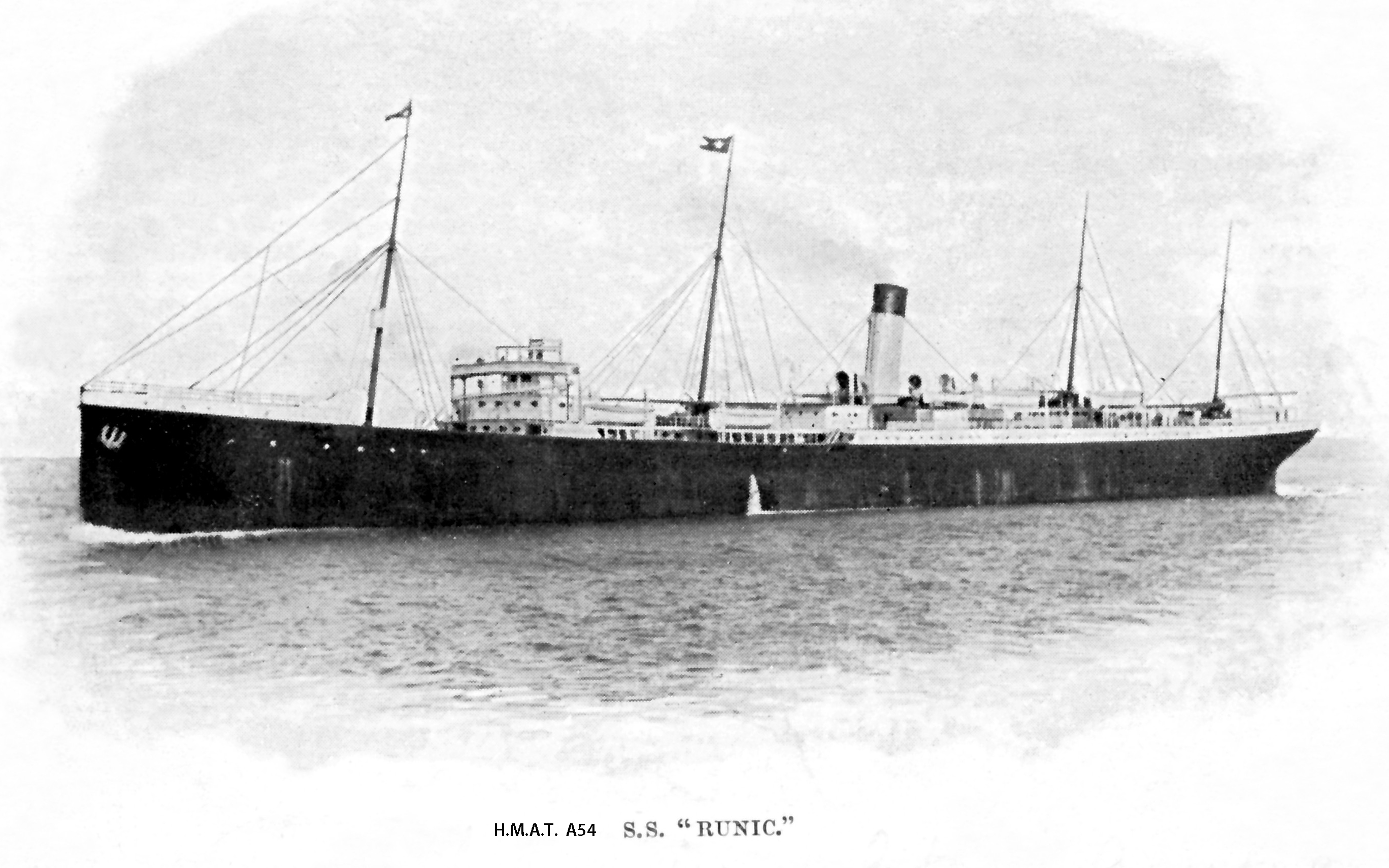 War involved not only weaponry and rations. While in the field, Eddie was admitted to the hospital with the mumps. He became ill on the 28th if November 1916 and remained in hospital until the 31st of December 1916 when he rejoined his unit.

Eddie was promoted to the rank of Lance Corporal on the 23rd of April, 1917. A little over 4 months later, he received a gunshot wound to the leg on the 13th of October 1917 which left him stranded in a trench for 3 days. When he was finally rescued, the damage to his leg was too great. The effect of having multiple gunshot wounds to his leg meant that it had to be amputated. Soon after, he was transferred to the 16th General Hospital at Le Tréport, France on the 17th of October, 1917. After a month of recovery, he was transferred to the 1st Southern General Hospital in Birmingham, England on the 6th of November, 1917.

Despite the fact that his condition was improving, Edward was not able to fight in the war again. He embarked headed for Australia on the 10th of January, 1918, arriving on the 3rd of March 1918.

In a true display of care and appreciation, the Bears Lagoon community donated £100 to purchase Eddie an artificial leg. The article to the left from the Bendigo Advertiser notes the presentation of the gift, noting the great bravery and sacrifice Eddie showed while at war. Councillor Mahony, who presented the wallet to Spud read from a letter written by his nephew, one of the Marlow brothers. He relayed his nephew’s sentiments to the crowd:

“Spud” Kerr had dug him out at very great risk to himself, and said he was one of the whitest and bravest soldiers serving his country.

After Eddie returned from the war he met Vera Maud Brandie and they were married on the 8th of October, 1921. They had two daughters. He later worked as a valuer for the Frankston Council.

Edward died on the 4th of May 1970 at the age of 75. He is buried with his wife in the Springvale cemetery.