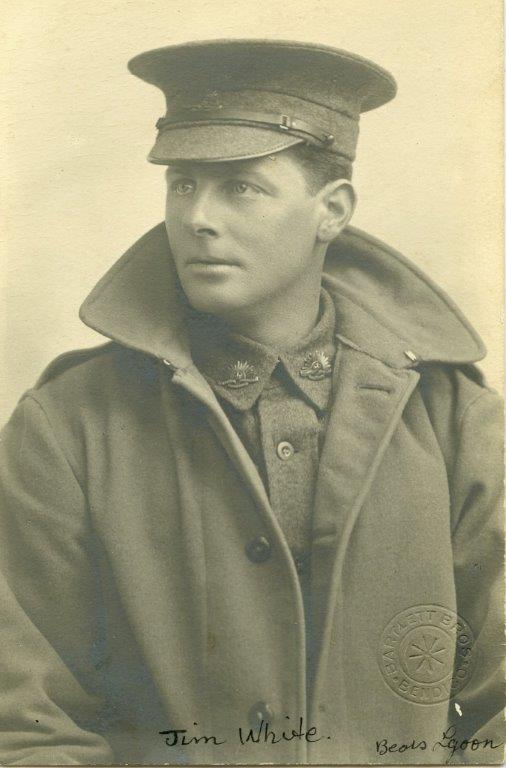 Like many young farmers from the East Loddon district, James ‘Jim’ White took up the call to arms, serving his country by enlisting in World War One.

Jim was born in Dingee, Victoria and later moved to ‘Edgeworth’ at Janiember East. He went to Pompapiel North State School. His father, John White, is listed as his next of kin on his enlistment records.

When Jim enlisted, he was 24 years and 7 months old. He was a fit and healthy young man, standing at just over 170cm (5 foot, 7 inches) and weighing in at about 60kg (9 stone, 8 pounds.) In his enlistment records, he is described as having a fair complexion and blue eyes. Jim was single, though his two brothers- Robert George and William Marshall- were married while he was away at war. He had his whole life ahead of him.

Embarking from Melbourne on the HMAT Borda, James may have felt as though this was his chance to see the world and serve his country at the same time. He spent over a year at the training camp in Codford, Salisbury, England.

Jim was a driver, using his experience from the farm to assist horses through the battlefields. He proceeded to France on the 31st of May, 1918 and was posted to the 26th Company on the 23rd of July. He was part of the 4th divisional train reinforcements from the base depot. 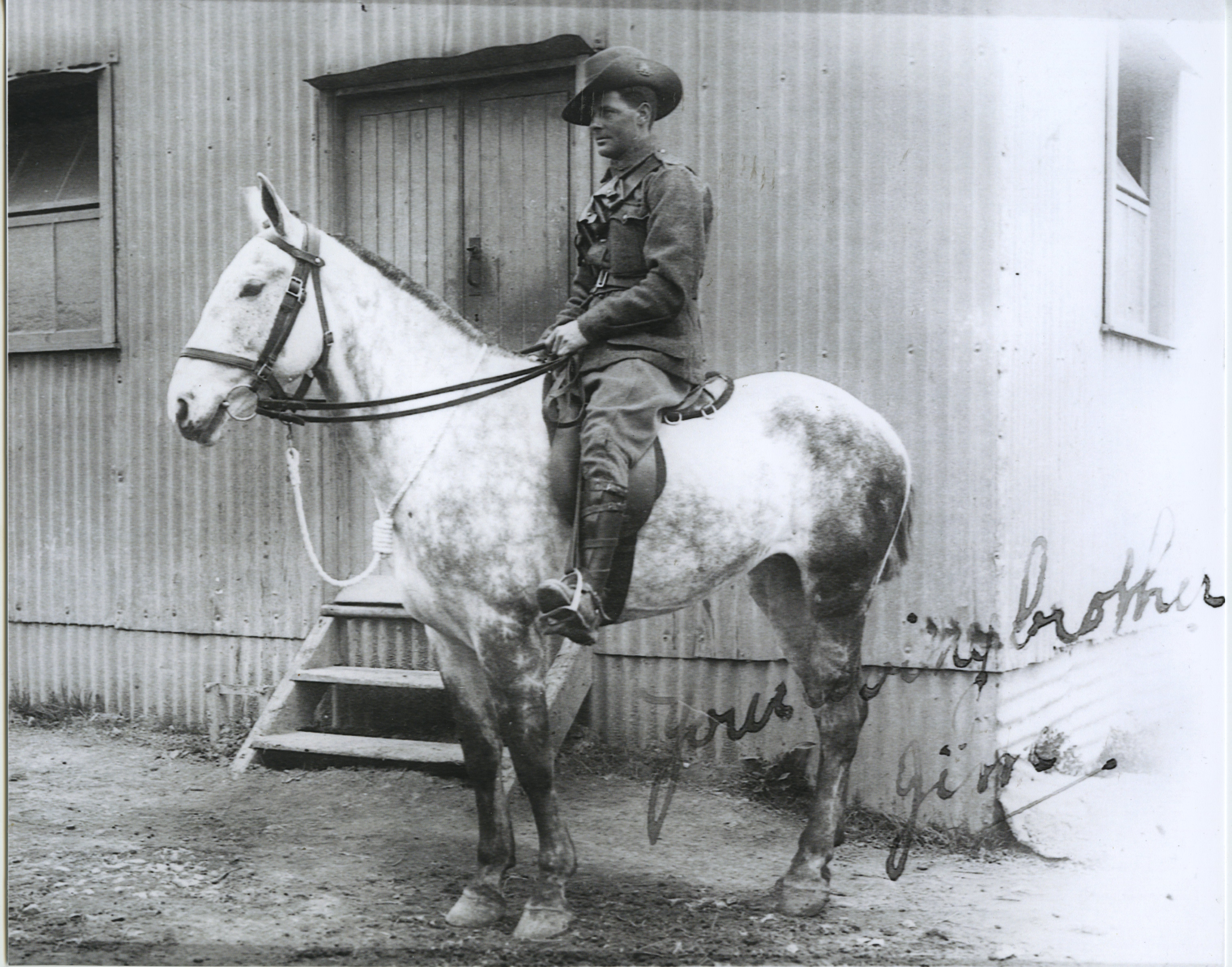 During his service in France, Jim was temporarily promoted to Corporal in March 1919 before reverting to Lance Corporal in April.

Though he was overseas for some time, Jim was fortunate not to sustain any severe injuries while on active service. His records show no casualties.
On the 9th of July, 1919, Jim began the journey home aboard the HMAT Prinz Ludwig.

Jim was a well-loved man who fortunately returned to Australia and went back to farming on the family farm at Janiember East. The East Loddon and District Historical Society still have in their possession a pudding bag from a gift sent to gift while he was on active service. This pudding from R. Chappel of Calivil was sent to Jim with great care in a homemade wooden box. The sentiment was evidently of great value to Jim, who clearly kept the bag and brought it home with him, even retaining it after his return.
Jim is remembered on the Pompapiel North and Serpentine Honour Rolls.