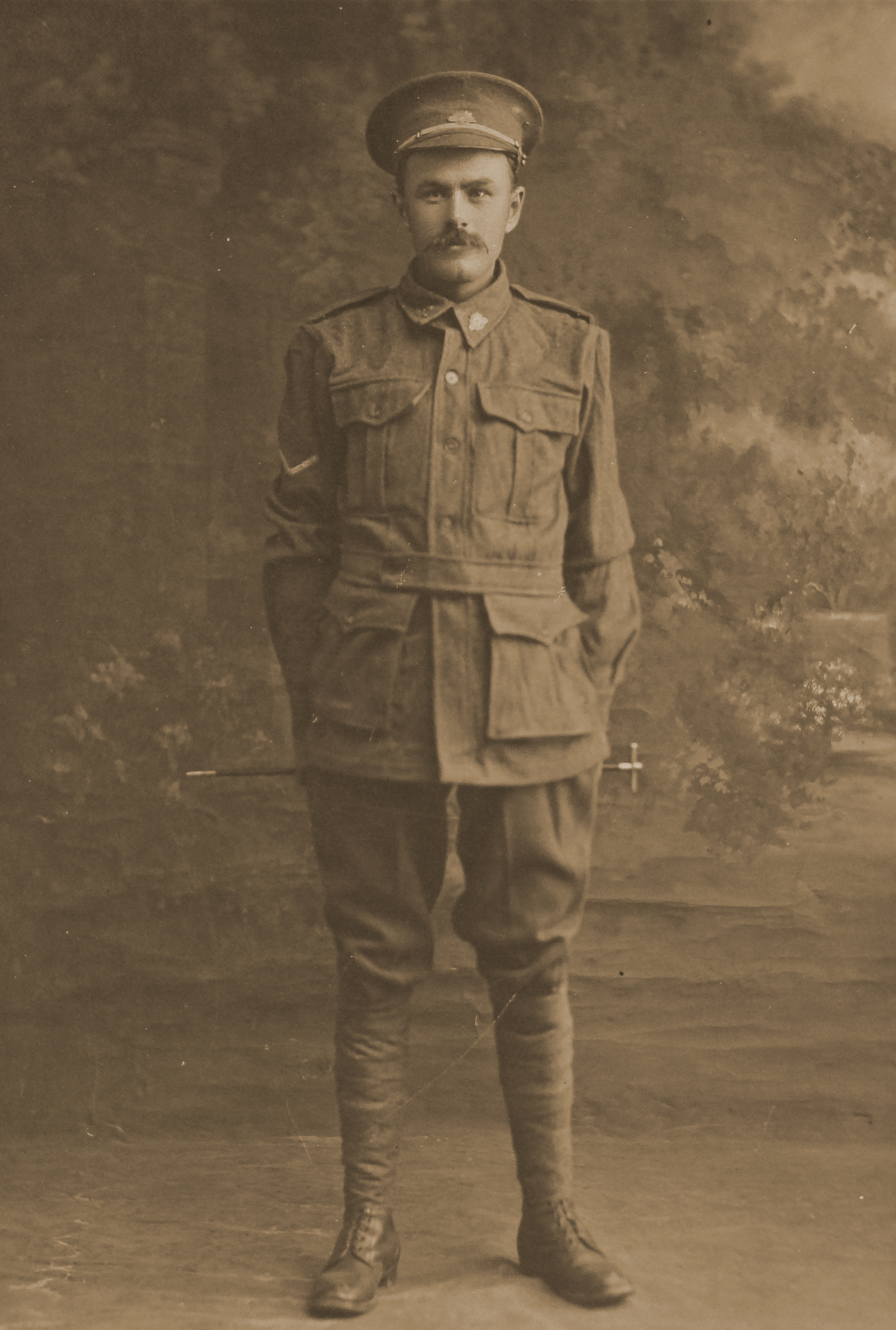 Robert Henry ‘Chap’ Adam was the son of Henry Palmer and Ellen Adam of ‘White Park’ Bears Lagoon. He was the eldest son; a brother to Lily, Nellie (Dolly), Ivy, May and Henry (Tom). 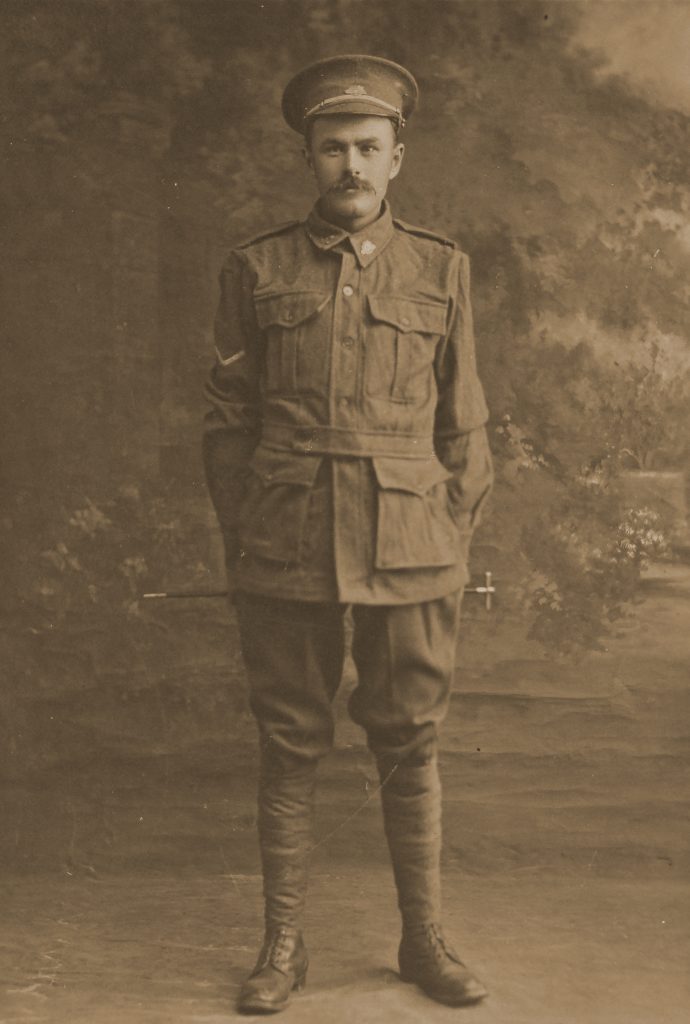 He enlisted at age 26 and joined the 38th Battalion alongside his mates. Chap moved through the ranks during the war. He was promoted to Corporal, then Lance Corporal, and later became Sergeant, all in 1917.

He received a gunshot wound to the leg in August 1918. Reports show that his leg still troubled him months later and on the 25th of January 1919, Robert returned home on the HMAT Ceramic.