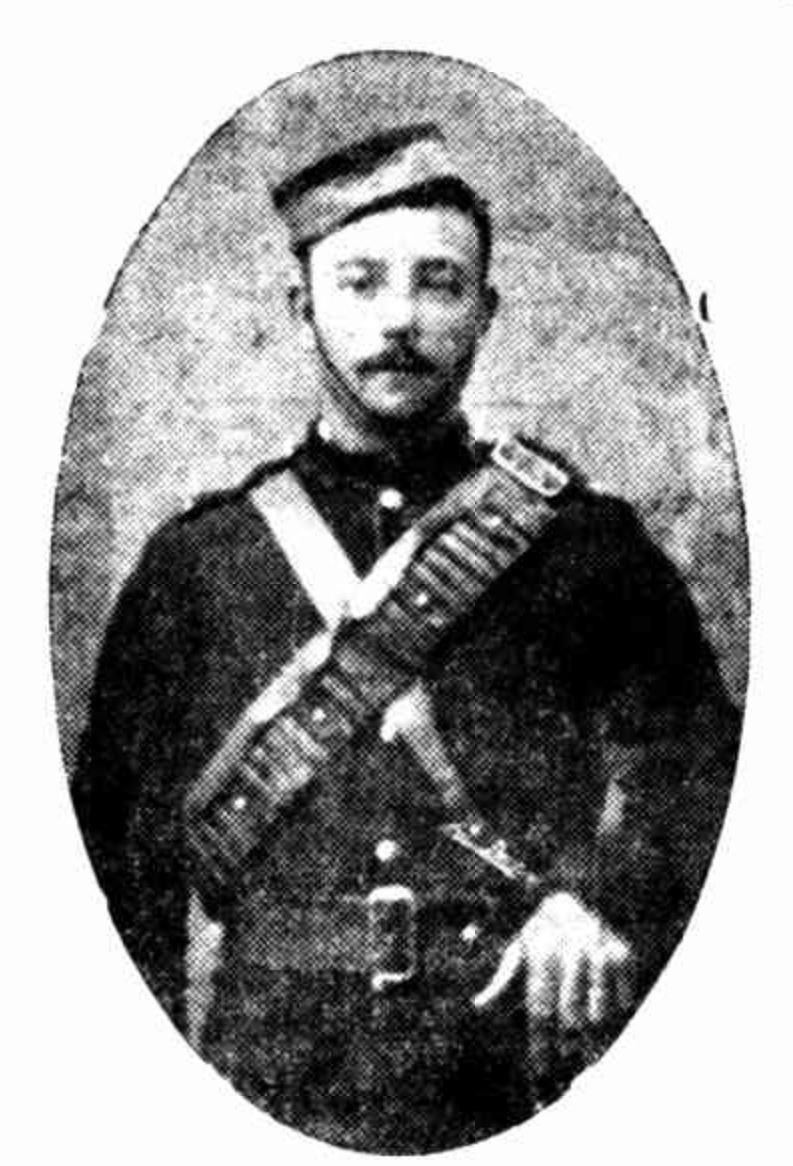 Charles Crapper was born to John and Elizabeth Crapper in 1869 at Neilborough. He was aged 45 when he enlisted to serve in World War One. He had worked as a farmer at Neilborough, a baker in Raywood and a miner at Tarnagulla over the years.

The First World War was not Charles’ first experience with war. He had fought in the Boer War in 1901 and 1902 as part of the 5th Victorian Mounted Rifles. Charles also had experience with the Dingee Cavalry militia unit. Due to his prior service, Charles was quickly promoted to the rank of Sergeant Cook of the 14th Battalion. This was the same battalion that Albert Jacka, first WWI recipient of the Victoria Cross medal, served in. 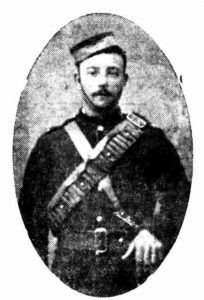 Sergeant Charles Crapper wearing his uniform from the Boer War. Photo taken from his death notice in the Bendigo Advertiser on the 11th of October 1915, p. 3

Charles’ mining experience came in handy at Gallipoli. He set about digging to try and locate fresh drinking water for his unit. In Turkey, the days were hot and fresh water was in short supply. It is likely that this digging contributed to Charles’ poor health and ultimately his death.

On the 5th of September 1915, Charles was admitted to the hospital ship HMT Scotian with dysentery. His family were alerted and the Bendigonian newspaper reported that he was ‘slightly ill’. By the time this report was published, Charles had already succumbed to the illness and died at St. Andrews’ Hospital in Malta. He is buried at the Pieta Military Cemetery, Malta. 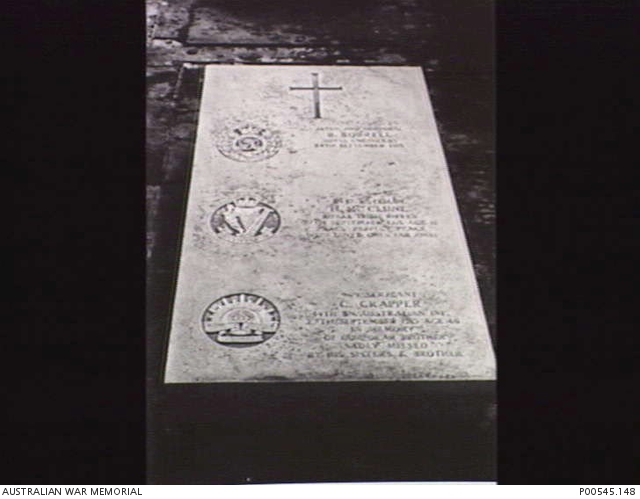 Grave of Charles Crapper at the Pieta Military Cemetery in Malta. Photo taken from the Australian War Memorial.

The Bendigo Advertiser reported Charles’ death as a ‘painful surprise’ for his brother John and two sisters. It must have been a difficult time for his family indeed, particularly since John’s son, Charles Alfred Crapper would embark for the war just days later. John’s eldest son, John Gordon Crapper, would embark shortly after on the 27th of October 1915. John would have three sons go to war (the other being Arthur Leslie Crapper). One of these sons never returned.