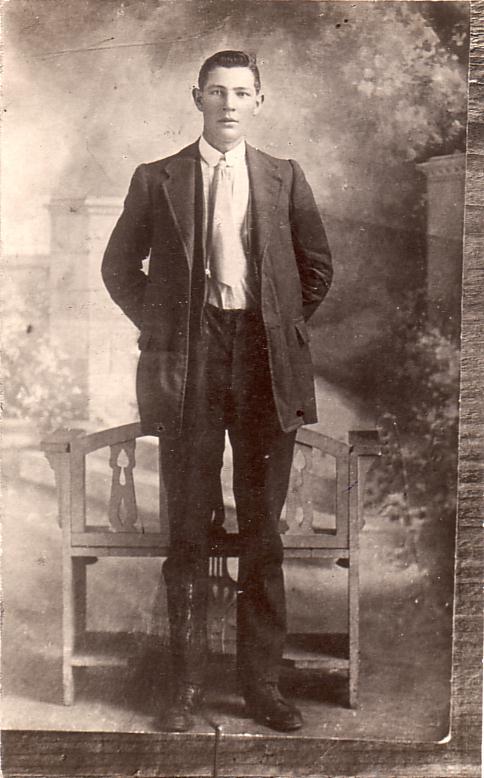 The Doody family made a great contribution to World War One, sending three sons; Walter, John (Jack) and Herbert.

Walter Doody was born on 13 Dec 1897 to Edwin and Isabel Doody (nee Shaw) at Serpentine, Victoria. Private Walter Doody enlisted on the 6th of July 1915 aged 18 years at Janiember East. He listed his occupation as a labourer on the enlistment form. His next of kin was his bother Ernest Doody from Tandarra. The enlistment records also state that he had brown hair and yellowish eyes.

Walter was part of the 3rd reinforcements of the 31st Battalion of the AIF. On the 18th of February 1916, he embarked from Melbourne aboard the HMAT Ballarat. 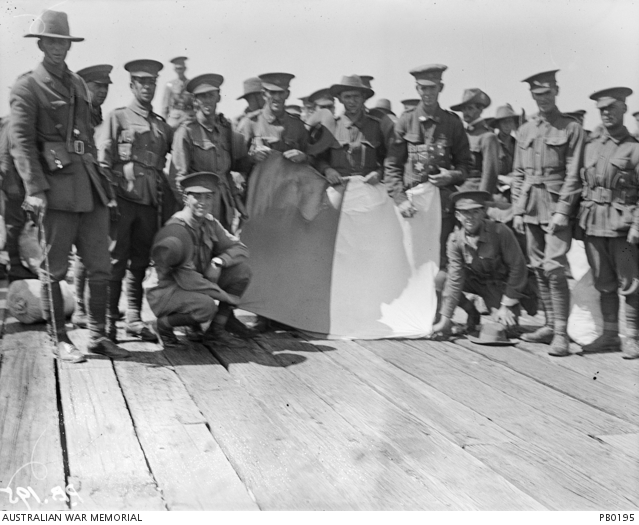 Soldiers aboard the HMAT Ballarat on the 18th February 1916. Walter is not believed to be in this particular photo but was aboard this ship headed for the Western Front. Photo from the Australian War Memorial.

On the 15th of November 1916, Walter was gassed and hit by a bit of shell in Flers. He was taken to the field hospital but died there the same day. For some time, Walter was officially reported wounded and missing in action. He had been last seen at the Anzac Clearing Station at Bernafay Wood, Somme.

During this time, his brother Ernest and sister Bertha had sought further information regarding the whereabouts and fate of Walter. Letters were sent to his family to see if they had received any correspondence from Walter after the date he was reported missing. On the 26th of October 1917, Walter’s kit bag was returned to his brother Ernest via the HMAT Euripides. It included a metal ring, identification tags, key ring, wallet, notebook and his battalion colours. Unfortunately, no further news arrived to accompany the parcel.

As Walter was initially reporting missing in action, it took some time to discover what really occurred to him. After awaiting information from a repatriated prisoner of war who supposedly had definite information regarding Walter’s last days, there was a Court of Inquiry held in Acoy, Belgium. The official report that he died of wounds received in action was delivered on the 7th of April, 1919. This was three years after Walter was reported missing.

Walter’s brothers, Herbert and John went to WWI as did his cousins Leonard and Henry. All four of these men returned home to Australia. Sadly, Walter did not. Walter has no known grave but is recognised at the Villers-Bretonneux Memorial in France.