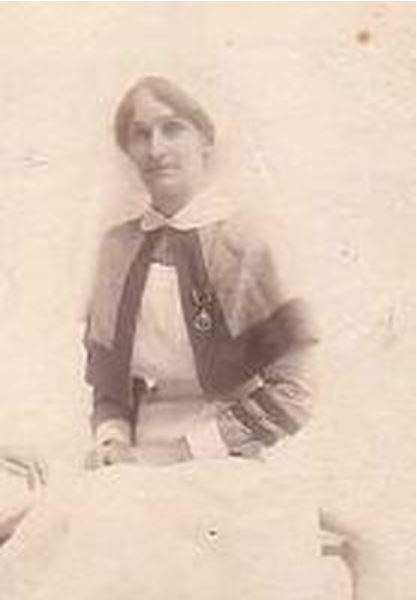 More than 3,000 nurses volunteered for service in WW1, a number of which died from injuries or from disease whilst on active service in many different countries.

Catherine Robinson was born to William Robinson and Catherine nee Ross at Pompapiel, Victoria, on the 24th of March 1878. After being educated at Pompapiel state school and ladies college Bendigo, Catherine- also well known as Kate or ‘Louisa’- trained, did private work and sometimes relieving in hospitals, before leaving Australia with her brother to serve in the Boer war, 1902. 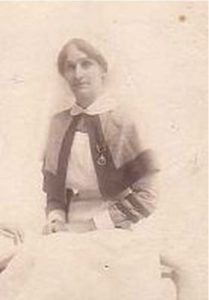 In WW1, Kate was a matron in charge of several military hospitals, in Egypt and on a hospital ship anchored off the Dardanelles. Whilst overseas, Kate wrote many long letters back home describing the war and what it was like to be a nurse. One such letter detailed:

Most of my patients so far have been New South Wales boys, but I have one special pet from Ballarat, who is only 19 years of age and such a child still. He told a fib about this age to be able to go, and I have been mothering him ever since he came to the hospital.  Poor fellows, they have had an awful time in the Dardanelles.  It has been much worse there than in France., although they have not yet had that fiendish gas.

Another letter includes a confronting description of chlorine gas:

I suppose you have read about it. The Germans are using it in France, and it is, without exception, the worst thing that I have ever came across, and I shall never forget it. No victim of the gas can ever tell more than the vaguest stories of how the chlorine struck him. The intensity of the pain robs a man of all ability to do anything but suffer. The fiery agony eats deeper and deeper into his heart and lungs…but nothing can be done beyond giving oxygen, which seems so useless… The men throw off their covering and groan and clutch in their agony, with their faces all blackened, but it is sometimes days before a merciful death comes.

After the war, Kate was awarded The French Legion Of Honor (presumably for her nursing assistance to the French soldiers). She continued to work as a nurse in many different hospitals and travelled a lot. Kate was said to be the first known white women to travel down the Amazon River. During her life, Kate wrote several books on her travels and experiences.

After all her travelling, Kate finally returned to Australia and visited her family and relatives again, for the last time.

Whilst in Brisbane, as a result of a knee operation, Kate developed a blood clot and died of heart failure in the Brisbane hospital, 16th of July 1947, aged 69.