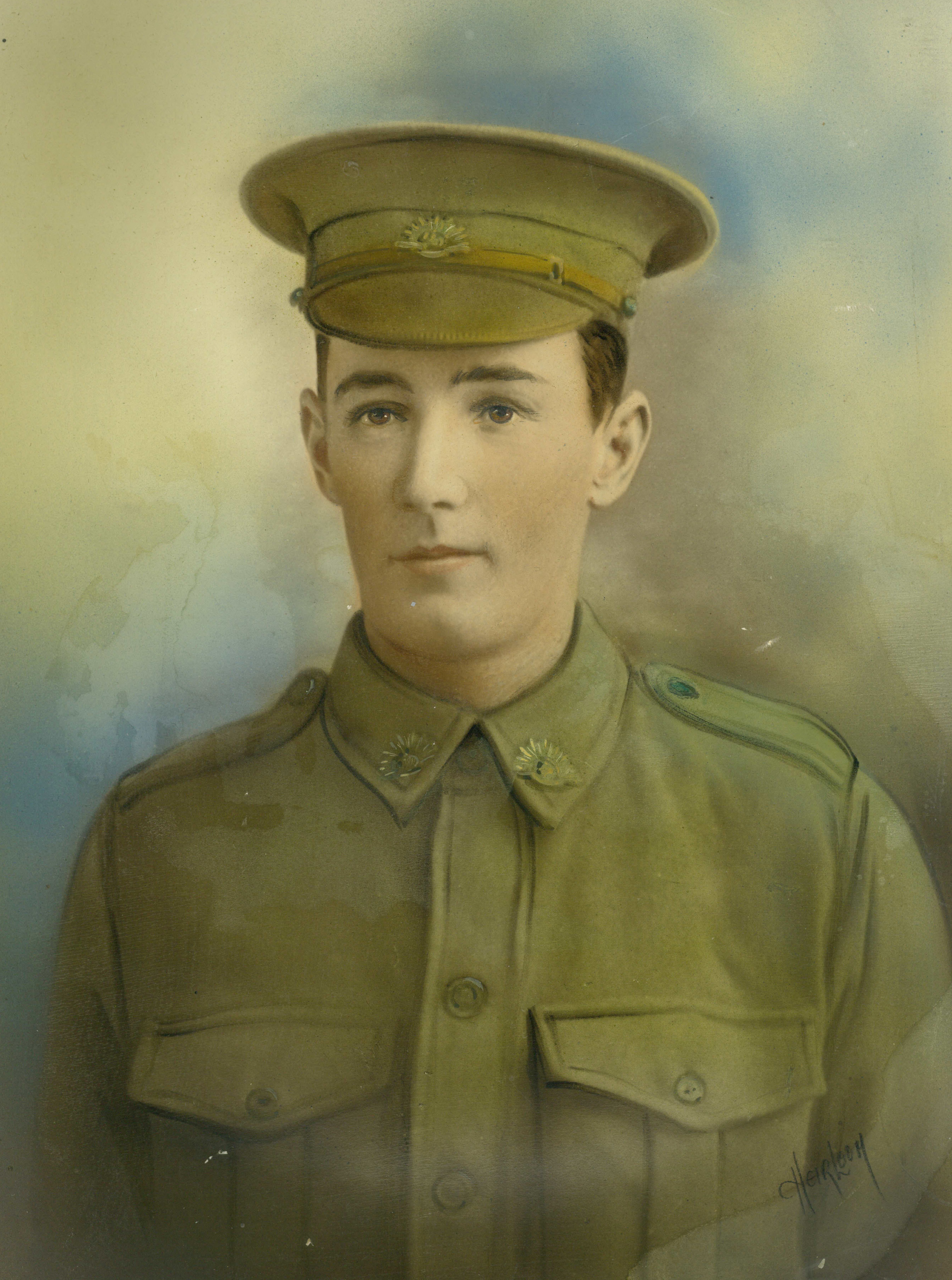 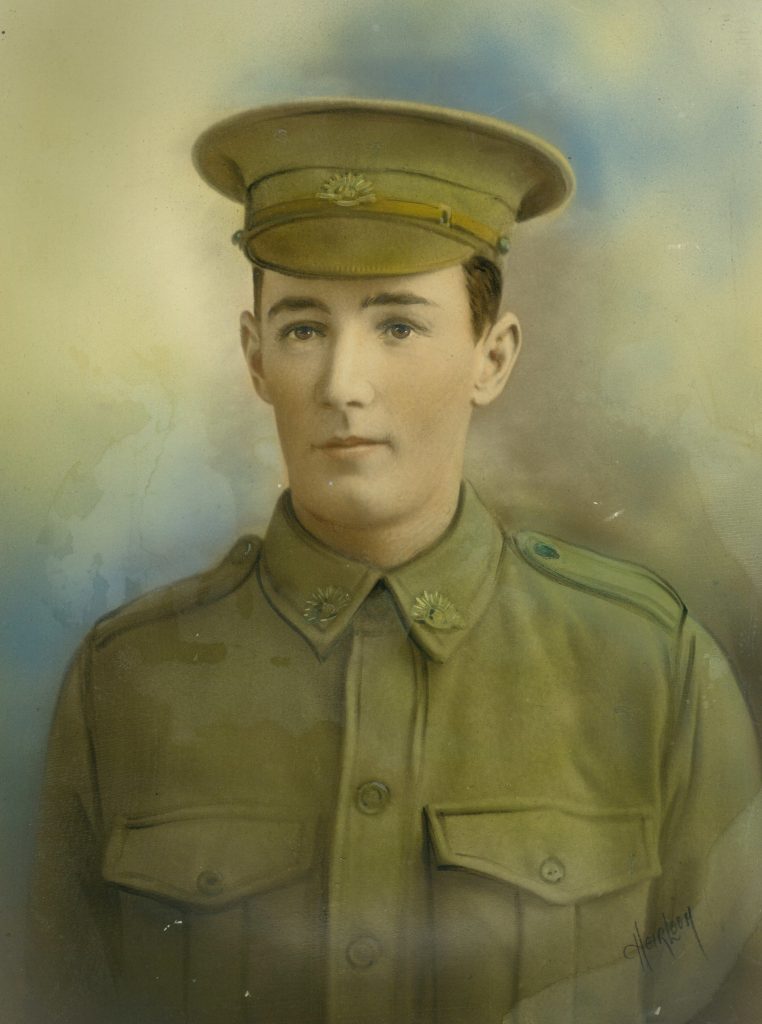 Private George Humbert was eager to serve his country in just as his younger brother, Arthur had.

The son of George (senior) and Margaret Humbert (nee Woods), George junior had been born in Bendigo, Victoria before moving with the family to a farm in Prairie. He was 30 years of age when he enlisted to serve in World War One on the 18th of July, 1916. He was 170cm tall (5 foot, 7 inches) and had a medium complexion, grey eyes and black hair.

In mid-September, just weeks before he was set to leave for the battlefront, George received the news that his younger brother Arthur had been killed in action in France. He embarked at Melbourne aboard the HMAT A9 Shropshire on the 25th of September, 1916 and during this time contracted measles, spending 12 days on the ship’s hospital.

George proceeded overseas to France on the 30th of December, 1916 aboard the Princess Clementine and was taken on strength to the 60th Battalion, 5th reinforcements in France on the 8th February, 1917.

While at war, he suffered from rheumatism and was hospitalised in April, 1917 at Rouen. The following month, he was admitted with Myalgia at Buchy. He did not return to his unit until December.

After being on leave in the United Kingdom, George rejoined the 60th Battalion on the 4th of April, 1918.

Two days later, on the 6th of April, 1918 George was in his dugout, leaning forward to wash his feet. A shell exploded close to him and a piece of shrapnel went through his helmet, entering his forehead and exiting the back of his head. He was killed instantly. He was buried close by in the wood at Hamelet, just outside of Corbie.

Later, his remains were exhumed and shifted to the Crucifix Corner Cemetery at Villers-Bretonneux. The headstone inscription says, “In memory of the dearly beloved son of Mr. and Mrs. Humbert of Prairie”. 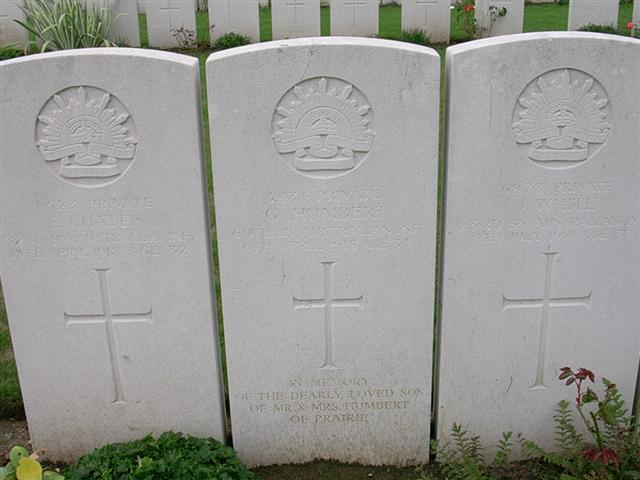 George was killed little over 24km away from where his brother Arthur died near Pozieres on the 27th of July, 1916.

When the HMAT Barunga was torpedoed and sunk by a submarine in the North Atlantic Ocean on the 15th of July, 1918, George’s personal effects were lost, unable to be recovered. This included his wallet, photos and identity discs.

Letter to George’s mother, Margaret, notifying her of the loss of his personal effects due to the sinking of the Barunga. This letter is dated the 5th June 1919, almost a year after the ship was lost.

A notice placed in the Bendigo Advertiser, The Argus and The Australasian by the Humbert family acknowledged the sad but important sacrifice George made:

“So dearly loved, so sadly missed.
His duty nobly done”

“Not for the love of battle
Left he his native land;
He heard the call of duty,
And responded like a man.”