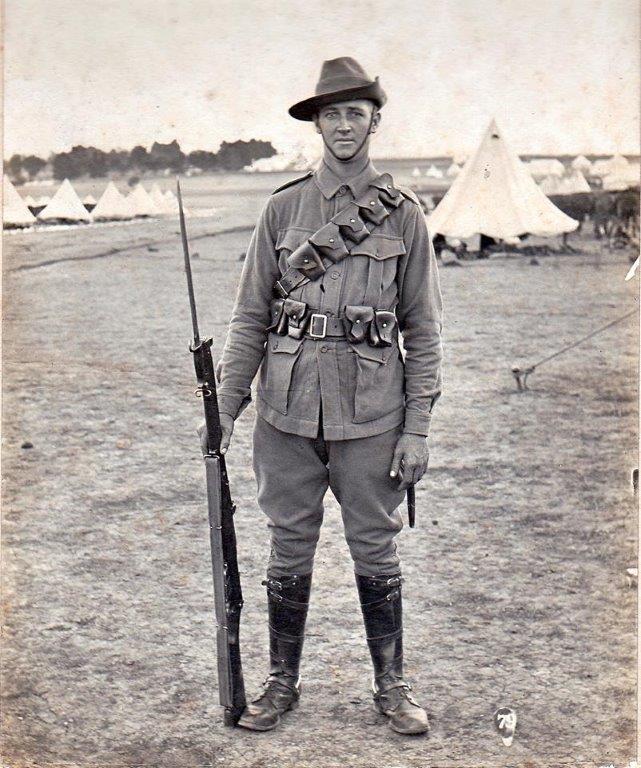 21st birthday at war
William Hamilton was born in Ivanhoe 1894 to Scottish migrants John and Elizabeth. They moved to a farm in Newbridge called ‘Rosebank’. At the time of his enlistment, William was working as a farm labourer at ‘Lagoona’, Serpentine.

William served for 4 years in the 9th Light Horse Brigade in Egypt, Gallipoli and Palestine. He had two brothers, Thomas and James, who also served and they were all wounded in action.

In 1914 William enlisted to serve in the Great War at age 20 (although his enlistment records state he was 21 years old already). Young William embarked for training in Egypt and turned 21 on the journey.

His two brothers were also fighting in the war- Tom and James. All three sons were wounded around the same time.

In 1918, William was discharged as medically unfit and returned to Newbridge. He married Fanny Doody and had five children.

He later purchased a farm in Shelbourne, Victoria. 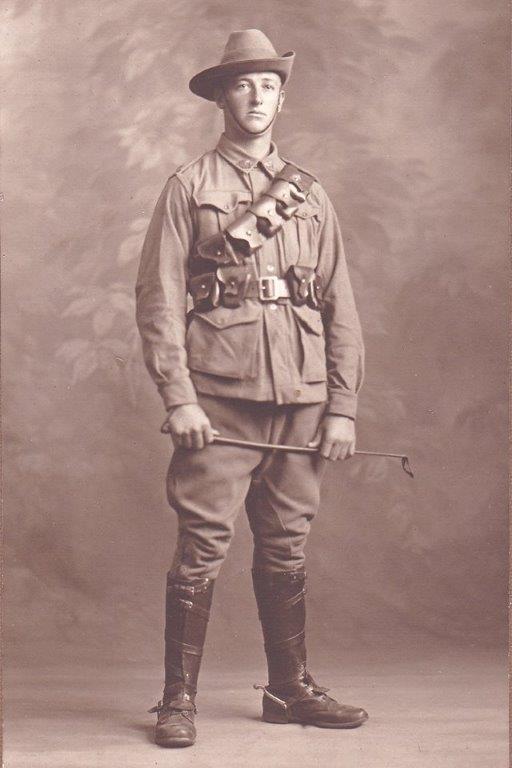 In 1962, William passed away suddenly at age 68 at his farm in Shelbourne.