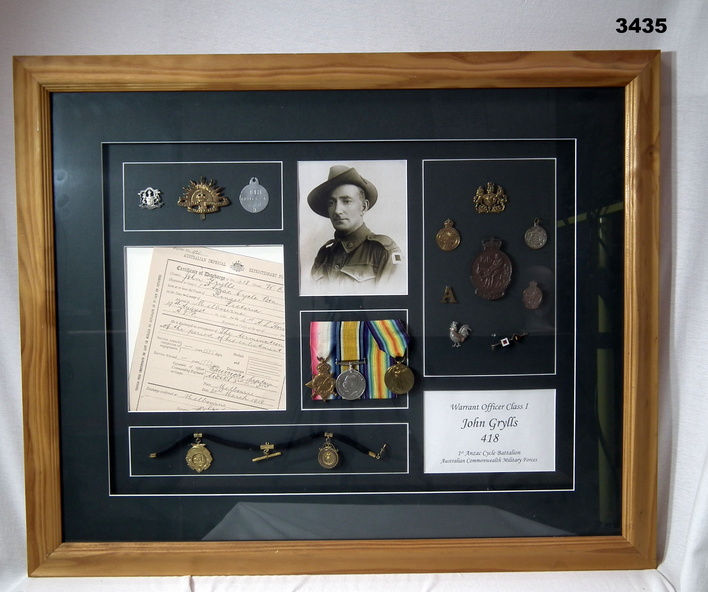 John Grylls was amongst the first to enlist for service in World War One. At 28 years of age, he signed up on the 19th of August 1914 and was allocated to the 4th Light Horse Regiment. As John had served three years already with the Mitiamo Light Horse, he was given the rank of Sergeant.

His father, John senior, had passed away in 1904 and left six children and his wife Elizabeth behind. They left Dingee and moved to Marks Street, Bendigo. 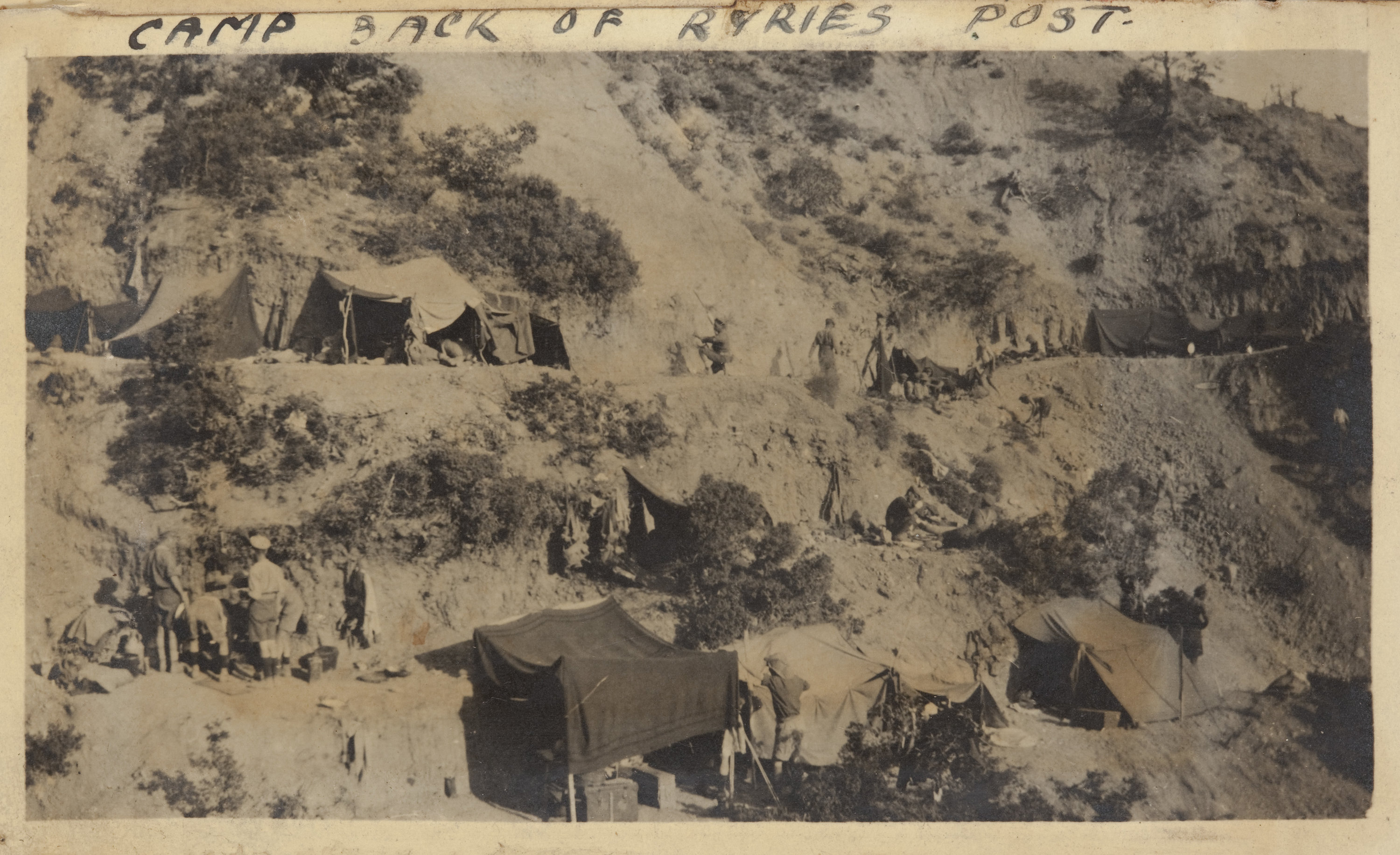 This photo taken by Trooper George Simpson Millar was labelled ‘Camp Back of Ryries Post’. It was taken between May and August 1915. This is the time period when John would have been defending Ryrie’s Post. Photo sourced from Museum Victoria.

John rejoined his unit in late January 1916 before being transferred to the Anzac Cyclists Corps on the 20th of March. He was promoted to Company Sergeant Major on the 13th of May 1916. Later, on the 7th of April 1917, he was again promoted, this time to the rank of Warrant Officer Class 1 and Regimental Sergeant Major. He continued to serve with the 1st and later 2nd Anzac Cyclists Battalions until his unit was prepared for return to Australia on the 24th of September 1918. John had the poor fortune to get sick again- this time with pneumonia. His journey home was slowed down as he was transferred off the ship ‘Devon’ at Colombo. He would not re-embark for Australia until the 10th of January 1919. 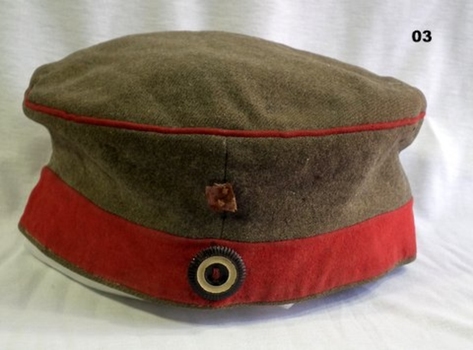 John returned to Australia on the 24th of September 1918. When he returned home, he found that the family farm had been somewhat run down in his absence. He returned to Tang Tang and was allocated land as part of the solider settlement program. The parcel of land he was granted had belonged to his family for over 40 years since they had selected it.

John married Myrtle Tonkin Johnston in 1920. They had children together; two boys and two girls (John, Margery, David and Gwenneth). They lived at Tang Tang for some time before moving to Golden Square in the mid-1950s. John died on the 10th of August 1968 and is buried in Kangaroo Flat.

John’s youngest sister Florence was a nurse during World War One and went on to introduce Australia to the Save the Children Fund. His sisters Marion and Mary married local men and stayed in Dingee.