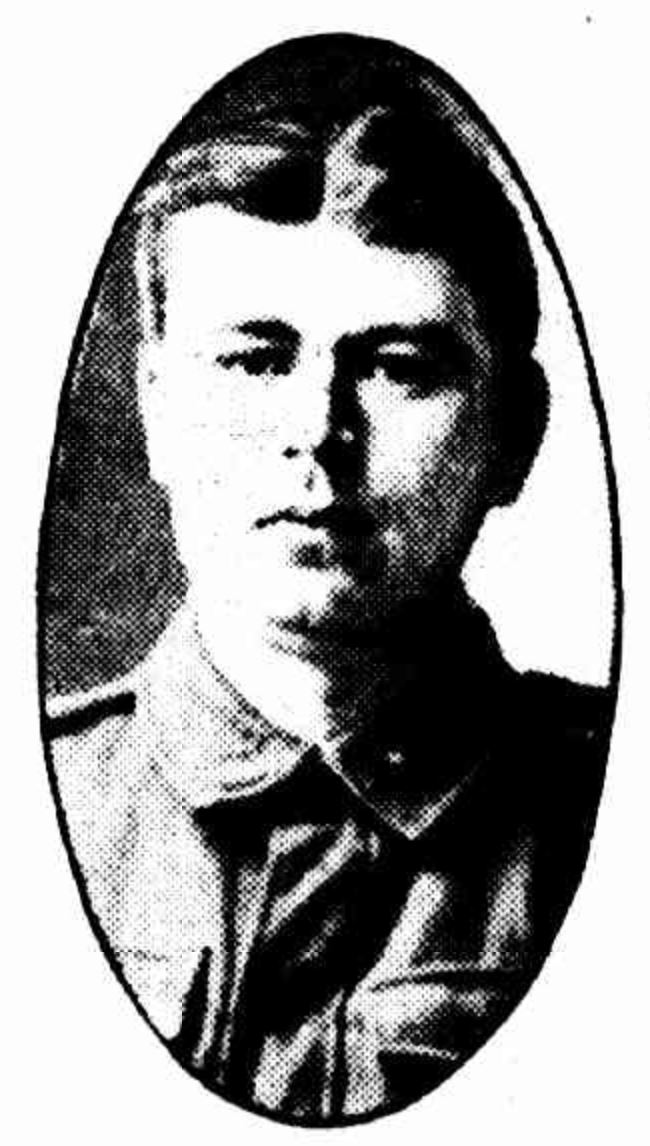 Ellis Richard Wilkinson (Dick) was a butcher from Golden Square. He’d gotten married mere months after the declaration of World War One. As he reluctantly left his wife and young daughter at home, Dick had no idea he was bidding them a final farewell. He died a short time after arriving on the battlefront in France.

Dick was born to Richard and Jane Wilkinson (nee Hayes) in 1889 at Grassy Flats near Strathfieldsaye. He married Mary Veronica Connaughton (known as “Dolly”) from Serpentine on the 27th of October, 1914. They lived together in McKenzie Street West in Golden Square. Dick worked as a butcher for Foggitt, Jones and Co. smallgoods factory. They soon had a daughter: Constance Elaine Wilkinson.

When he enlisted at Bendigo on the 9th of June 1916, he was 26 years old. He was just below the average height of the time, standing at 5 foot, 9 inches. Dick became part of the 38th Battalion, A Company and embarked on the HMAT A54 Runic on the 20th of June 1916 after a very short training period. After a brief hospital stay in England on the 21st of August due to influenza, Private Wilkinson proceeded overseas to France to fight in the war on the 22nd of November. Not even two months later, Dick was killed in action on New Years Day, 1917.

His records do not list a cause of death. The unit diaries from the 38th Battalion indicate that some raids on German trenches at Amentieres had gone awry. This may explain the conflict Dick was a part of in his final days.

Dick is buried at the Bonjean Cemetery in France. It appears that the AIF did not receive information about what to put on Dick’s headstone. It includes a cross and his basic details only.

Though lost to sight, to memory ever dear.

A year on from his untimely death, Dick’s family and friends included heartfelt notices in the local newspapers to remember him. Dolly wrote:

Constance, his daughter, was only 17 months old at the time of Dick’s death. Dolly later remarried in 1921. She wed Thomas Alexander Mahoney of Ballarat.

The loss of Dick was still keenly felt a year on from his death. His sister Ethel recorded these feelings in the Bendigonian a year on.