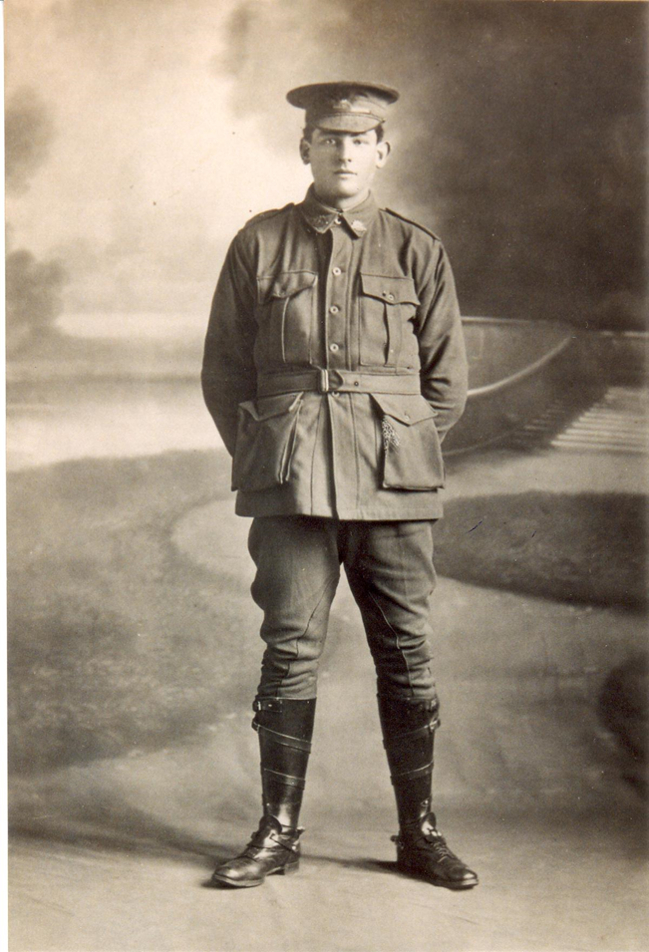 The Doody family made a great contribution for Australia in World War One by sending three sons to serve in the war; Herbert, John (Jack) and Walter. Unfortunately, only Herbert and John returned.

Herbert (Bert) Doody was born in Victoria in a country area called Janiember East (now known as Serpentine) on the 21st March 1893. He had two brothers; Ernest and Walter Doody. At the time of enlistment he was 5 foot and 9 inches tall, with black wavy hair and greyish brown eyes. He was 161 lbs (73kg). He had two vaccination marks on his left side, a scar under his left knee cap, a scar on his left eyebrow, a scar on the inner side of his left knee cap, a scar in the centre of his left shin and two small scars on the inner side of his left thigh. Herbert attended the Church of England. During the war, he served in England and France. His was a driver who served with the 3rd Division Train.

He lived at Janiember East as a farmer until he was 23 and decided to enlist in the army and go to war. He enlisted at Bendigo on the 9th of May 1916 into the army service corps. Part of the October 1916 reinforcements, Herbert began with the rank of private, number 12950. The town of Janiember held a gathering to farewell Herbert, who was leaving to serve with his two brothers in the Great War.

His unit embarked from Melbourne on the 25th of October 1916 on board the HMAT A38 Ulysses. Arriving at Plymouth on the 28th of December, Herbert was admitted to the Devonport Military Hospital due to sickness. He was discharged on the 15th of January 1917 and spent much of his time in England until the 14th of May, 1918 when he proceeded to France as a reinforcement.

Herbert returned to Australia on board the HT ‘Themistocles’ on the 12 June 1919. He disembarked from Melbourne on the 8th of August 1919 and was discharged on the 15th of September 1919.

He received the British War Medal and Victory Medal.

In 1924, Herbert was a successful applicant for a soldier settlement allotment of 704 acres on Moore’s Estate in the Parish of Patho (near  Gunbower.) It was during this time that Herbert met his wife to be, Gertrude Mayes. They were married at Torrumbarry in 1926. They had six children.

In 1929, he applied to transfer his land to Betsy Ellen Angus and Charles Whiteacre in order to move into cropping, rather than sheep grazing.