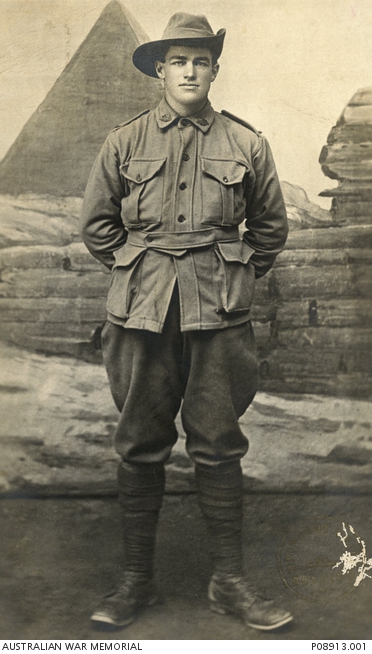 When Kenneth Laird enlisted he was 26 and newly married to Mary Laird. Prior to enlisting, he was a farmer at Calivil who was well-known as a talented footballer for the Calivil Football Club and a long-distance runner. He was the fourth son of Donald and Isabell. His late father, Donald Craig Laird had been an East Loddon Shire councillor.

Ken enlisted on the 13th of July, 1915. In just under a year he was killed. He was sent to Gallipoli in late October as part of the 22nd Battalion, 3rd Reinforcements and was one of the last to evacuate from the trenches.

He was transferred to the 6th Trench Mortar Battery in France in May 1916.

On the night of the 2nd of July, while Ken was on guard, a shell exploded and severely injured him. His abdomen was damaged and his bowels were protruding from his body. His right leg was shattered and his left arm wounded. He was treated at the 6th Field Ambulance but died at the Canadian Casualty Clearing Station. He is buried at the Bailleul Communal Cemetery Extension, France. 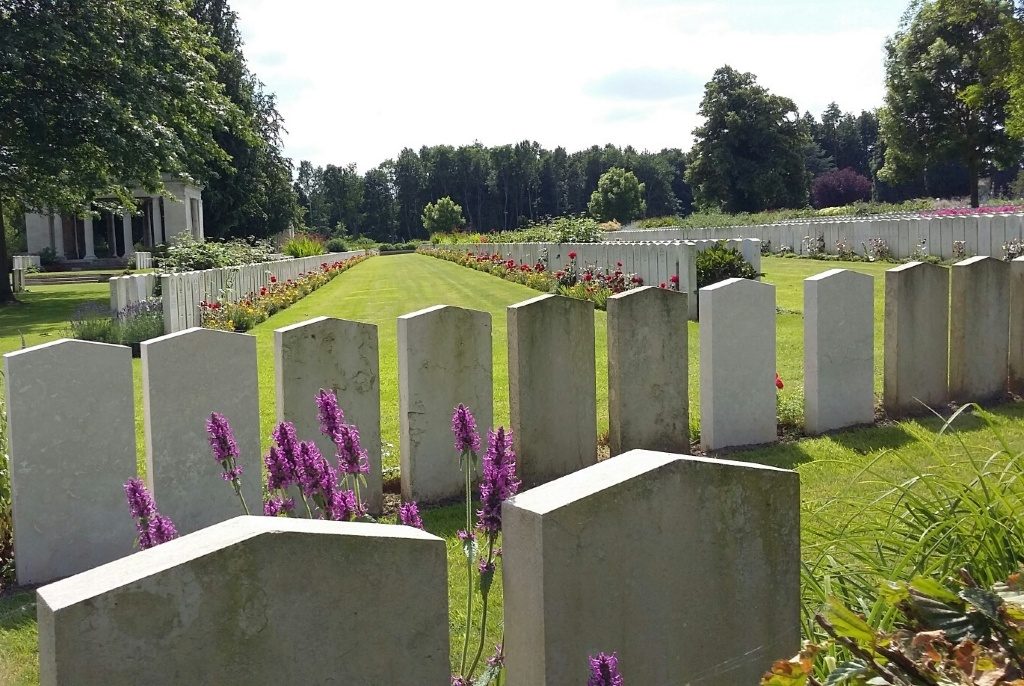 Bailleul Communal Cemetery Extension in Nord, France. It is not far from the Belgian border.

Mary received a letter from Lieutenant J. A. Gray explaining how Ken died:

Your husband was on guard over ammunition, well in rear of the lines, on the night 1st/2nd July. He was on duty from 12 till 2, and about 1.30 a.m. a large shell burst beside him, inflicting terrible injuries. He died in the ambulance on the way to hospital.

Poor Ken was our first casualty. He has done magnificent work. He has been in the thick of all the activity that has marked our front during the last six weeks, faithfully doing his work under violent bombardments, and after being preserved through all this he was caught by an isolated shell on a comparatively quiet night.

I cannot adequately express my feelings at losing him. He was universally loved by the men of the battery. He always exercised a restraining influence on his younger comrades, who naturally looked to him for advice. He showed great coolness and devotion to duty under fire, and has contributed largely to our recent success against the Huns.

In these circumstances, I can say no more. May you have the consolation of Him Who said Love is the fulfilment of the Law and ‘Greater love hath no man than this, that a man lay down his life for his friends.’